Current Ambassador of Pakistan to USA

The USA being the world leading economy is the much important country around the world. It has been leading the world since 1945 after the dropping atomic bomb on Japan. Since then it has started to make bloc namely western countries bloc or capitalists bloc. Pakistan just after its creation decided to be a member of USA bloc putting aside communist bloc in 1950. The then Pakistan prime minister Liaquat Ali Khan made a visit to the USA and asked USA citizens for support in Kansas. Pakistan built its embassy in the USA on 28th August 1947 in Washington DC,  the capital city of America. From this onward, Pakistan Ambassador to the USA remained very important. The incumbent Ambassador of Pakistan to the USA is Aizaz Ahmed Chaudhary preceded by Jalil Abbas Jillani. Before appointment on this post, he has been served as Pakistan diplomat to Netherlands and spokesperson of foreign offices.

Current Ambassador of Pakistan to USA 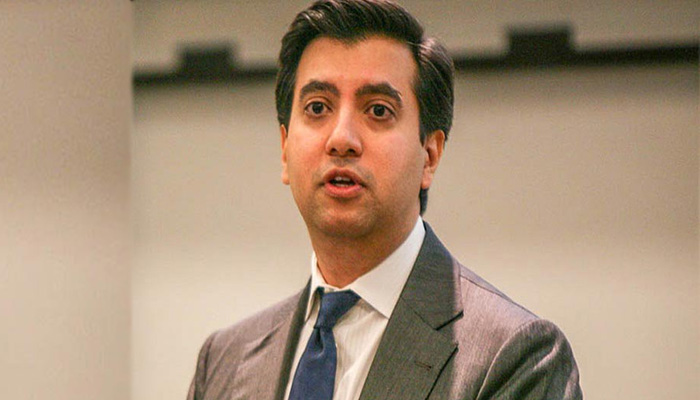 In the mid of 20th century, the USA emerged as world superpower leading almost entire Europe and number of other countries from different continents located at different crucial points. Due to its strategic location, Pakistan was too offered an alliance proposal on the side of the USA, which Pakistan accepted immediately. SEATO and CENTO  were two highly famous accords which were made between these two countries. On behalf of these two Accords America assured Pakistan of full assistance but later it was not executed. A bit later after the disbanding of these two accords the USA once again had to reliance on Pakistan in Afghan-USSR war to retaliate from USSR  for her defeat in USA-Vietnam war.

Pakistan was offered by the USA a huge sum of money and assistance to complete her atomic weapon project that is why Pakistan decided to be with the USA once again. After demolishment of USSR  in 1991 Pakistan once again thrown by the USA in the garbage basket. War on Terror was another moment that brought back the USA and Pakistan again on the same line. Presently Pakistan and USA relation are wavering from bottom to top on the issue of War and Terror. Donald Trump recently asked Pakistan to ‘Do More” for war on terror and threatened Pakistan if it continues to support the Taliban on the side of Pakistan. This is the history of USA and Pakistan Relation, in the last 70 years, Pakistan and USA both sometimes remained in a tie and sometimes untied. It makes the clear approach for Current Ambassador of Pakistan to USA.

World’s top analysts have an opinion that the strategic location of Pakistan is very important for the world power players namely USA,  China, USSR  including another regional power seeker majorly India. Central Asia is assumed as rich in energy resources. The USA is mapping to cultivate this region with the help of India. And India being the Arch-enemy of Pakistan surely will not hesitate to make Pakistan harm. Moreover, Both USA and India doing their best to hamper CPEC, a China –Pakistan economic initiative. It is possible to get the information about the Current Ambassador of Pakistan to USA.

There is fear for the USA that China if get succeeded in completing this project, it will be the supreme leader in the near future and same is the fear in India mind for Pakistan. So, it is the right time for Pakistan management to take some sensible steps and leaving no stone go unturned in executing the CPEC. By doing so, Pakistan will be safe from the malicious aims of USA and India.