Date Of First Martial Law In Pakistan Is 7th October 1958

Iskander Mirza was the main behind the first Martial law in Pakistan on 7th October 1958. General Muhammad Ayub Khan was the chief martial law administrator at that time. General Ayub was there to deposed Iskandar Mirza. The date of deposed was 27 October 1958. 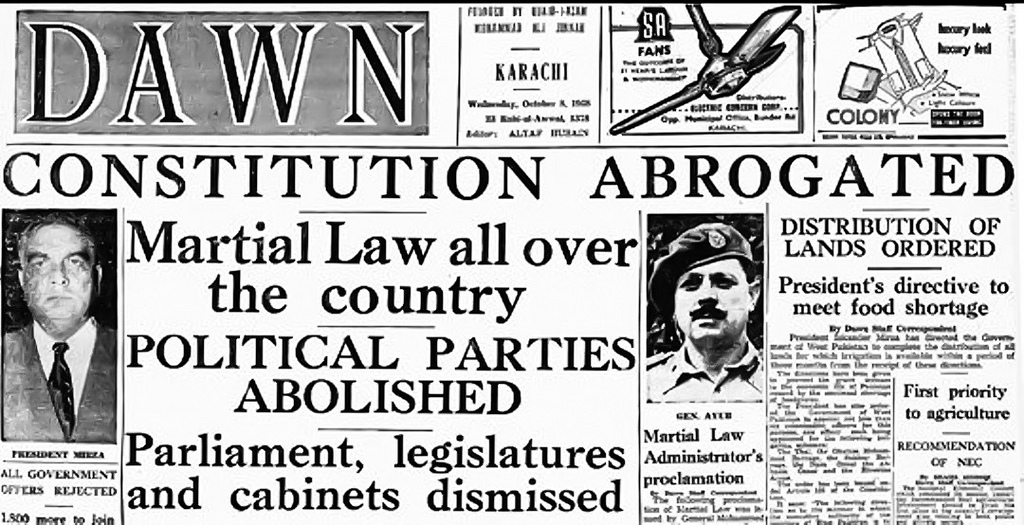