First China war was fought Between Whom?


Question: First China war was fought Between Whom?

First China war Was fought Between China and Britain 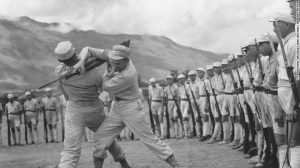 The first Opium War was from 1839-1842. It was fought between China and Britain. It was fought between China and Britain. The second war was from the duration of 1856 till 1960. It also known as Arrow War or the Anglo-French War in China. It was fought by Britain and France against China. The Opium war was all arose from the China attempts as being to suppress the opium trade. Foreign traders who primarily British they had illegally exporting opium as from the countries of India to China since the 18th century. But in 1820 this trading reached on the dramatic high level.  This widespread addiction was bringing greater and some serious social and economic disruption.

In the year 1839, Chinese Government confiscated and destroyed more than 20,000 chests of opium that were around 1,400 tons of the drugs. This antagonism rose at the point when some of the drunken British sailors killed a Chinese villager. British Government refused to turn the accused men over to the Chinese courts which later on resulted into Opium war. Do you know why war of 1957 called first world war?