Who Was The First Governor General Of Pakistan


Question: Who Was The First Governor General Of Pakistan

Quaid-e-Azam Muhammad Ali Jinnah was First Governor General Of Pakistan. India was parted in 1947 in two parts; Pakistan and India. The operational political system in the both parted parts had to lend from British legacy. In British India Governor General system was the culture of the day. Quaid e Azam born in 1876 on 25th December. He was the child of renewed leather merchant Ponja Jinnah. He is called the father of Pakistani nation. Completing his higher education in London he returned back to India and started his law career from Bombay. In the beginning of 20th century, he entered into the politics of India through the platform of Congress. But soon he realized that Congress was not in the best interest of Muslims of the subcontinent. so he decided to be the part of Muslim League, led it judiciously and finally got Pakistan in 1947. On 15th August 1947, he took the office of governor-general of Pakistan.

Who Was The First Governor General Of Pakistan 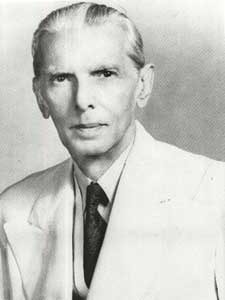 At the time of partition, Pakistan was in a very miserable state. She has no proper infrastructure, basic operational machine, and competent workers. There needed a lot of efforts to make Pakistan operational and workable. It seems very tough to make such a vast country operational and competing, in spite of having no investment and trained workers. Besides, there were other issues that Pakistan was facing simultaneously: the problem of refugees; annexation of different states; distribution of land and water resources; distribution of arms factories and many more. All these challenges might remain unresolved but it was only Mr. Jinnah who astutely tackled them and dared to resolve a good number of them.

check Out: Who Was The Last Governor General Of Pakistan

Mr. Jinnah made a map of Pakistan problems and assigned them to expert people. When Pakistan was parted morale of people was at the lowest ebb. They were morally corrupt and gave the least value to national prestige. Quid identified this thing and through his actions and speeches tried to inject nationalism and morality in the people of Pakistan. He was the staunch believer of peace, so prefer Pakistan to be the part of UNO. He dismissed corrupt officers and politicians from the main streamline. He was a highly honest and working man and tried to put his subordinates in the same habit. Realizing the importance of banking system he established state bank of Pakistan and a chain of other small banks. From the earliest days of Pakistan creation, he rightly realized that Urdu would be the national language of the country but it could not be made by successors. He strongly believed in Islamic principles of justice and equality. Therefore, he advised his subordinates to strictly stick with these principles. Actually, he wanted to make Pakistan a liberal state but with Islamic principles.

May Quid lived long to make Pakistan competent but unluckily it did not happen. He died just after one year of the creation of Pakistan. The sorry figure is that successor never acted upon the Quid principles and afterward dragged Pakistan into the wilderness of darkness. Mr. Jinnah died on  11 September 1948 and buried in Karachi. hope you got the answer of Who Was The First Governor General Of Pakistan.