First Mosque Of Islam is Quba Mosque. The location of first mosque is Saudia Arabia. It is located in the south-western part of Madina. The mosque is still standing and it is considered one of the oldest mosques in the world. Most of the people wants to know about the first mosque was built by the Prophet Muhammad SAWS himself. QUBA mosque has been mentioned in Surah Al Tauba. 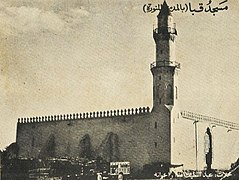 How Many Sajda In Quran

That means now you get the idea many information chunks about the Quba mosque. It is place on the outskirts of Madinah that was chosen by Prophet and companions. It is located about three KM to the south of Medina. The migration from Makkah to Medina in that era choose this place according to the historical perspective of islam. Now you should not be worried about the First Mosque Of Islam.