Home / Islam / In Hajj Touching the Black Stone is Called

In Hajj Touching the Black Stone is Called


Question: In Hajj Touching the Black Stone is Called 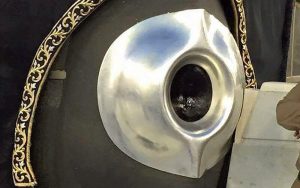 Black stone in the proceeding of Hajj is also known as Istelam and Hajr e Aswad. It is an important part of Hajj procedure. Istelam is name of Hajr e Aswad in Islam. It considered to be one of the main pillars of Islam.  However, In the Hajj the touching of the black stone is called Istelam. Therefore, the Hajar al-Aswad straight away from Jannah and presented straight to the Ebrahim (upon him be peace) to be placed on the corner of the Ka’bah. Ibn Abbas (may Allah be pleased with him). It narrated that the Prophet (peace be upon him) said: “The Black Stone came down from Paradise and it was whiter than milk, but the sins of the sons of Adam turned it black.”

Hence, it reported that all the dues that are to be made at Hajar al Aswad are accepted.  The Hajar al-Aswad was taken to be the complete stone. But now it has been put in the division of eight pieces of different sizes that have been all affixed to a large stone and encased right into the silver frame. Do you know why Ahmadis consider Non-Muslims?