Pakistan Relation with Central Asian countries gained momentum after the dissolution of Soviet Union in 1991. Till the 1991 CARS countries were administered by the Soviet Union – a socialist bloc which was working directly against Capitalist bloc- was headed by America. Central Asia is comprised of five states namely, Kazakhstan, Kyrgyzstan, Turkmenistan, Uzbekistan, and Tajikistan. These states after their independence maintained relation with Pakistan both in economically and strategically. The intensity of their relationship with Pakistan got height after the regulation of C-PEC. China along with Pakistan with a view to extending its trade with world countries mapped a road to the whole of central Asia. Below is the detail of Pakistan relation with CARS countries and their mutual Accords conducted recently. 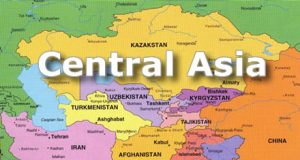 With Kyrgyzstan, Pakistan relation was established after the demolishment of Soviet. But official relation was started on 10 may, 1992. After that government of both sides could not establish practical Accords, till the beginning of China Pakistan economic corridor. In 2017, Pakistan former prime minister during his stay at Bishkek signed two important agreement to cooperate on disaster management and Anti-Narcotics.

Uzbekistan relation with Pakistan formally started just after the disbanding of Soviet Union. Both Pakistan and Uzbekistan are members of various world organizations such as SCO (Shanghai Cooperation Organization) and ECO (Economic Cooperation Organization). Recently seeing the importance of economic corridor for both countries both have signed various Accords in various fields such as on tackling terrorism and peace issues in the region. Moreover, both countries are seemed interested in launching bilateral trade.

Turkmenistan is the last central Asian country by which Pakistan established diplomatic relation after the soviet dismissal. Pakistan was one of the countries which admitted freedom of Turkmenistan first. Celebrating, the 10th anniversary of PAK- Turkmenistan relation Pakistan issued a stamp bearing the flag of Turkmenistan.  TAPI (Turkmenistan, Afghanistan, Pakistan and India gas pipeline) was a project of cheap gas to be executed by Turkmenistan but remained unsettled. Recently, Pakistan is doing hard efforts to execute this project quitting India from the project. If such is done, load shedding problem in the country will be reduced to a nominal extent. Through Pak-China economic corridor Pakistan wants to make Turkmenistan a part of this project with a view to enhancing bilateral trade and providing a route to Turkmenistan export via the Indian Ocean.