Smallest Agency Of Fata By Area Is


Question: Smallest Agency Of Fata By Area Is

Answer: Bajaur Agency is the smallest agency of fata by area

It is the smallest agency with the 1,290 km². Hilly terrain makes the Bajaur agency inaccessible. The 600,000 is the population side by side with the Kunar Province. The area considers as hotbed of the Taliban forces. Tarkani and Utman Khel are prominent tribes of Bajaur agency. Religious political aspect are known in the area. Muttahida Majlis-e-Amal (MMA) with two fragments link to the political parties according to the agency expectation.  Two MMA politicians from agency are represented in the National assembly.

Smallest Agency Of Fata By Area Is

The one member represent the area in the Senate. Bajaur was temporary hideout of Abu Faraj al-Libbi who was the senior member of Al-Qaeda. 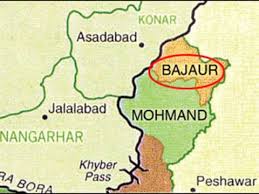 The area is inaccessible due to geography. Still, it is not disclosed fact that when and how the Bajaur name given to the area. The Bajaur means uncertain. The northern part of the mountain ranges are 3000 meter high.