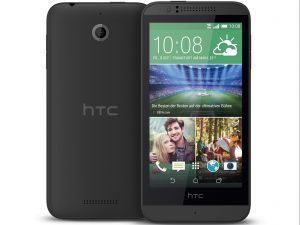 Apple was the first company who launched the iPhone 5S with a 64-bit processor. Later on, many companies made them enter this race to catch up. HTC has just newly come up with the announcement of the Desire 510. It is the first 64-bit Android phone. The Desire’s 64-bit badge put into the courtesy of Qualcomm’s Snapdragon 410. The first 64-bit Qualcomm chip is not coming out as the high-end monster that rivals the Snapdragon 805. It has been instead added with the low-end chip. The Qualcomm’s lineup is on the whole upgrade from the bottom up. It has the range of four Cortex A53 CPU cores running at 1.2GHz, as well as 1GB of RAM, and LTE. The rest of the phone is put together with the features of 4.7-inch 854×480 display, 5MP camera, 8GB of storage and a 2100 mah battery. As the chip is 64-bit, the Desire 510 actually does not run any 64-bit software. It is anyways running Android 4.4, a 32-bit OS. Hence, the very first version of Android to support 64-bit apps will be Android L.