Home / Everyday Science / The Largest Part Of The Human Brain Is?

The Largest Part Of The Human Brain Is?


Question: The Largest Part Of The Human Brain Is? 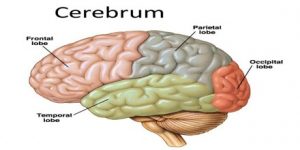 . However, the cerebrum and diencephalon make up the forebrain. The forebrain is responsible for thinking and perception. A gray tissue known as cerebral cortex covers the brain. Hence, the cerebrum is the uppermost region of the central nervous system. Do you know which is a weak base?

The brain consists of Hemispheres (left and right) each having four lobes. The lobes prefrontal, parietal, Temporal and occipital. Therefore, the cerebrum is also known as telencephalon. Cerebrum sits on the top of the brain. Cerebrum performs higher functions such as interpreting touch,  vision, and hearing, also including reasoning, speech, emotions and fine control of movements

What Colour Is Sulfuric Acid?

Dialysis Is Used For People With Defective?

Which Is The Hottest Planet In Our Solar System?