Who Build Lal Qila in Delhi? 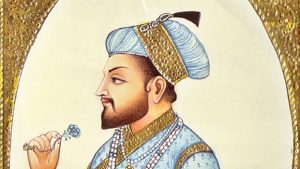 The Red Fort is named as Lal Qila. Emperor Shah Jahan build Lal Qila in Delhi. Emperor Shah Jahan put forward the construction of the Red Fort on 12 May 1639. However, at that time he decided to shift his capital from Agra to Delhi. It has the height that rises to around 33 meters just as above Old Delhi. It built by the Mughal Emperor Shah Jahan. It’s name as Red Fort for the reason of its adornment as done with the red stone and marble. It was built on top of the right bank of the Yamuna River. The Red Fort formerly known by the name of “Qila-i-Mubarak” which means a blessed fort.

This was for the reason that it was the main residence of the royal family. The fort attached with Salimgarh Fort. The designing and adornment of the fort have been clearly showing the Mughal creativity. This fort did come up with so many changes and additions after its construction by Emperor Shah Jahan. Hence, it is a World Heritage Site. Do you know who built Badshahi Mosque?