Who Build Qutub Minar in Delhi? 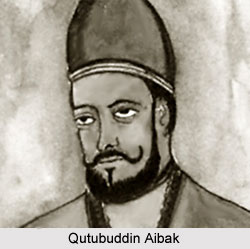 The construction of the Qutub Minar started by the dynasty of Qutub-ud-Din Aibak. After his death, its construction was done by successor Iltutmish and was completed by Firoz Shah Tuglak. Qutub Minar built by Qutub ud Din Aibak. However, he just constructed with the basement. Later on, its construction done by successor Iltutmish who completed the two stories of the complex. But, the final completion given by Firoz Shah Tuglak. It has the height of 73 meters that is all made of red sandstone and marbles. In addition, it is mentioned to be the most famous historical landmarks of India. It is located in the heart of Delhi, India. Moreover, it is the part of UNESCO World Heritage Site.

There are around six stories in the minaret as the first three constructed with the use of red sandstone. The next three are constructed with the use of sandstone and marble. It also accompanies the circular staircase of 379 steps to reach the top of the tower. Hence, every single story of the tower has set with the projected balcony surrounding the minaret. Do you know who build Hiran Minar?