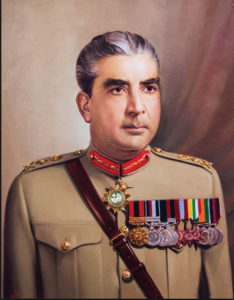 Since the time of Independence, Pakistan has been under the rule of the army so many times as almost half of the period of its life. Martial law was welcomed in the Pakistan nation in the period for three times. In 1969, the second martial law was imposed. Therefore, this martial law declared by the side of Army Chief, General Agha Muhammad Yahya Khan. This resulted in the dissolving of the assemblies by all mediums.  In the same year on 3rd April, he came up with the setup of the three-member Council of Administration by keeping himself as the Chairman. In addition, on 20th December 1971, this law lifted up by Zulfikar Ali Bhutto who took over as president of Pakistan.

Hence, Agha Muhammad Yahya Khan was the first Muslim instructor in Staff College Quetta at the time of Independence. However, he even honored with the crescent Courage on 1965 war. He was the second martial law administrator in 25th March 1969.  He arrested on demand of people in 1972. At last, he released in September 1977 and died in 1980.

You can also find here Present Constitution of Pakistan passed in which year?