Home / Who is Who / Who Imposed 3rd Martial Law in Pakistan? 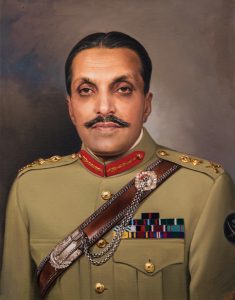 Since the time of Independence, Pakistan has been under the rule of the army so many times as almost half of the period of its life. Martial law was welcomed in the Pakistan nation in the period for three times. In 1977, the third martial law was imposed. However, this martial law declared by the side of Army Chief, General Muhammad Zia ul Haq. Fresh elections were announced as on October 15, 1977. But on July 5, 1977, the Chief of Army Staff, General Muhammad Zia-ul-Haq hence imposed the Martial Law and the elections postponed. General Zia-ul-Haq brings the announcement of holding the elections within 90 days.However, he did mention that he came up with this decision as on the basis to hold the new elections for national and provincial assemblies within ninety days.

None of the political party was banned and hence the nominations were filed for seats. Reason gave. By 1st March 1978, he canceled the election and banned all political activity. In the same month, almost 200 of the journalists  also arrested, and a number of newspapers were shut down. Hence, he did announce that by 1978 there will be elected and established his own rule. Do you know how many costitutions of Pakistan is?