Who Is Current Minister Of Law And Justice Of Pakistan 2018

Who Is Current Minister Of Law And Justice Of Pakistan 2018 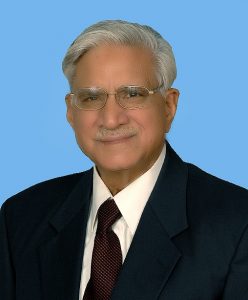 Question: Who Is Current Minister Of Law And Justice Of Pakistan 2018

Federal Ministry of Law has multiple functions to perform. It renders services to the federal and provincial governments on the matter of legislation and litigations. It drafts, scrutinizes and publishes bills. It invigilates the making of bills under the terms of the constitution. If any law contradicts with the constitution, it advice Federal cabinet on the right direction. It forwards federal litigation against the federal government. It works in a close association with the Attorney General. It executes International accords, foreign agreements, and international deals.  It provides a link between different state courts, subordinate courts, and joint courts.

Law and justice system in Pakistan is at the bottom level. People seldom find justice in the court of laws. It seems that there is a double standard of justice in the country of Pakistan. A poor and marginalized segment of society cannot get justice even for the ill treatments whereas elite people can easily manipulate law according to their wills. Shahzeb murder case is the example of this regard. Shazeb was a university student who was killed by a son of feudal lord Shahrukh Jatoi on the issue of honor. The sorry figure is that Shahrukh got exempted from court without any harm. It was an open trial case sparked country-wide by media.

In spite of being sparked widely this case was not handled on the parameters of justice rather in a biased manner. There are hundreds and thousands of unreported cases which are not settled on the principle of justice. To ensure justice and rule of law our judicial institutions will have to make commitments. Mafia culture will have to crush with iron hands and justice will have to deliver to all rather selected persons. If selected justice is allowed to prevail then the time is not far when the poor or marginalized segment of society will not respect for law and there will be a state of anarchy in the country of Pakistan.