Home / Who is Who / Who Is The Current Chairman Of NAB?

Who Is The Current Chairman Of NAB?

It came into being in 1999 under the government of Nawaz Shareef. It has four provincial offices in capitals and an office at Rawalpindi. Justice retired Javed Iqbal is the current incumbent chairman of Nab. Justice Iqab before his appointment as the chairman of the NAB has been served as senior justice at the supreme court and for a short time as chief justice of Balochistan high court.

Who Is The Current Chairman Of NAB? 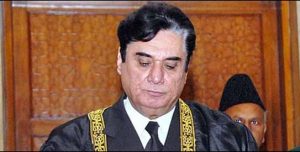 Question: Who Is The Current Chairman Of NAB?

Objectives of formation of national accountability bureau show from its official website that is to eliminate and control corruption through long term and short time plans. National accountability bureau was formed in 1999 with a view to controlling skyrocketing corruption mainly of government officials. Acting upon the NAB act of 1999, it arrests and investigates government officers and high profile people to retrieve and regain looted money. It is an autonomous and federal institution. So far it has recovered a good sum of money from the corrupt bureaucrats, politicians, retired army officers and other high ranked public officials.

In Pakistan, institutions are least effective. They mainly get politicized and are used for personal gains by the main stakeholders of the politics. NAB was too used for personal gains by different politicians and influential public officials. Inspite of an independent institution a good sum of efforts are needed to make NAB more vibrant and effective. We need to make it free in selection criteria of its officers and decision-making process.

No political pressure should allow practicing against nab inquiries. Its inquiries must be fair and free regardless of the status of an inquired person. We need to train NAB officers on modern lines. NAB should move with justice and equality principle and should make its ditch effort to recuperate financial recovries. Because it is an institution having a motto to curb and eliminate corruption with comprehensive strategies. This motto can only be achieved if NAB becomes autonomous in a real sense not just on documents. Hence the details about Who Is The Current Chairman Of NAB? are discussed here.