Who Is The Current Water and Power Minister Of Pakistan 2018


Who Is The Current Water and Power Minister Of Pakistan 2018: Water and power collectively are controlled under a single ministry of Pakistan known as a ministry of Water and power. It is a federal ministry with its head office in Islamabad. Incumbent minister of water and power authority is Abid Sher Ali. He assumed office on 4 August 2017  under the cabinet of Shahid Khakan Abbasi. Before taking oath as a federal minister under Shahid Khakan Abbasi, he has remained on the same portfolio  under the jurisdiction of prime minister Nawaz Shareef who was oustered the by supreme court of Pakistan under corruption charges. He has been in national assembly since 2002. Ministry of water and power rides a number of organizations.  Water and power development  Authority (WAPDA), is the biggest power generation authority of Pakistan. Constitutionally , this wing of power generation comes under the control of Water and Power Ministry.

Who Is The Current Water and Power Minister Of Pakistan 2018 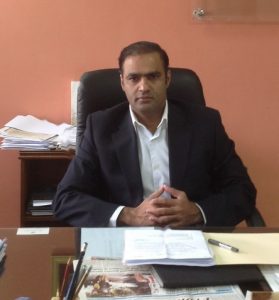 Question: Who Is The Current Water and Power Minister Of Pakistan 2018?

NTDC (National Transmission and Dispatch Company) is the second organization that is governed by this ministry. The main function of this organization is to purchase electric power from the power generation companies and to supply it to the distribution companies.  NTDC was established in 1998. The third organization which was put under the control of Ministry of power and Electricity is Federal Flood Commission. It was created in 1977.  The major function of this organization is to control flood system of Pakistan. Private power and infrastructure Board is the fourth agency to be controlled by the ministry of power and water whereas alternative energy development board is the last agency to be administered by this ministry.

Since last Decade Pakistan has been in the clutches of the energy crisis. Due to the huge energy crisis, Pakistan had to suffer a lot.  Its industry went to ruin and ultimately economy became fragile. The reported shortfall of electricity was  5000 MW. This shortfall could not be tackled because of lack of alternative energy generation resources. Pakistan, to meet its energy demands majorly depends upon the thermal power generation sources  Which are a very expensive source of generating electricity. Due to using expensive sources for power generation, it remains unable to meet the cost of energy. The situation further gets aggravated when corruption incorporates within the system.

Finally, a mixture of costly handled energy resources and corruption brings shortfall of electricity. Ministry of power and water should take alternative routes to generate electricity. It should focus on the Dam building by piercing the hurdles that come in the way of development.  It is estimated that until Pakistan does not use the alternative resources to generate electricity, shortage of energy will be going from small to huge and Pakistan will have to bear its cost on its own.