Home / Sports / Who Is The Owner of Multan Sultan?

Who Is The Owner of Multan Sultan?

This team of Multan Sultan has been owned by the well known Dubai based company named as Schon Company. Almost 10 bidders came up in the front line for this team, in which Schon Group was successful in putting the highest of the bid that was about $5.2 million as per year.  Currently, Multan Sultans is among the most expensive teams being part of the PSL. According to the owner of the team, they have brought about the involvement of the best resources in the team that will help them to reach at the successful venture.

Who Is The Owner of Multan Sultan? 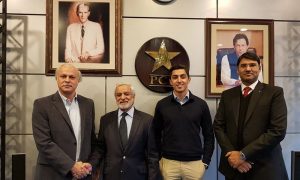 As per according to the management of the team famous cricket player, Wasim Akram has been appoint as being the Director of Cricket Operations of the team. Ex-Australian cricketer name as Tom Moody is appoint  to act upon as the Head Coach of the team. Now this combination of the director and head coach shows that what a great level of team will be coming across in the front line.

By arranging one of the grant big events, Multan Sultan even came up with the launch of their kit as well. This event did comprise the faces team owners as well such as Asher Schon and also Khizer Schon. Wasim Akram was also part of the event at that time. Kit has been amazingly put in the color shades of black and yellow and green colors.

For the information of the readers we would like to mention that rest of the teams of the PSL are Lahore Qalandars, Peshawar Zalmi, Islamabad United and Quetta Gladiators who are purchase for $2.5m, $1.6m, $1.5m and $1.1m respectively. PSL Chairman Najam Sethi is aiming to host at least four matches of the PSL’s third edition in Pakistan in which Multan Sultan will be by hope playing the matches too. Well here we end up our today topis that is “Who Is The Owner of Multan Sultan”. 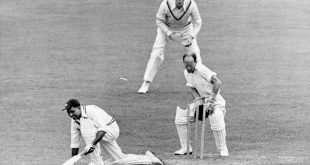