Maldives is country Highest Per Capita Income Among SAARC Countries 2018

Maldives has 9849 dollar and make the highest position as Highest Per Capita Income Among SAARC Countries 2018. The page purpose means we are going to choose one country only among all members of SAARC here at this page. The page will explore further about the per capita income according to SAARC countries. 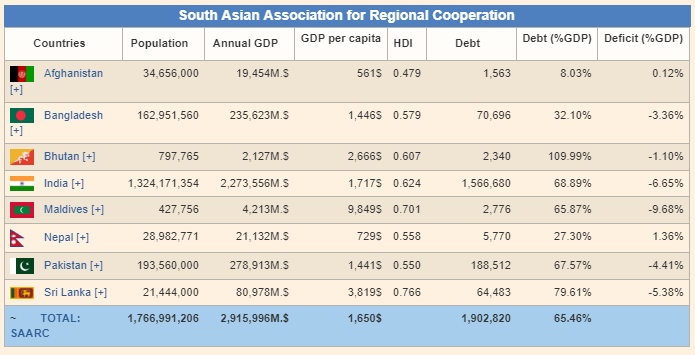 Again the Maldives comes at first point here. Last time we have published about the which country has highest literacy rate in saarc. The answer was same so get stunned after achieving it in desired form. The total population of Maldives is 427,756 with 4213 Million dollar as annual GDP. It makes the assumption about the GDP per capita income that is 9849 dollar. The total debt at that time is 2776. It is 65.87 percent with respect to the GDP. It shows -9.68 percent deficit.

Muslim Celebrated The “Day Of Deliverance” On?

Which Of The Following Places Is The Rainiest Of Pakistan?

Who Is The Author Of First English Dictionary?