Home / Pak Info / What Is The Length Of Pak Iran Border?

What Is The Length Of Pak Iran Border?


Question: What Is The Length Of Pak Iran Border?

909 kilometres Is The Length Of Pak Iran Border 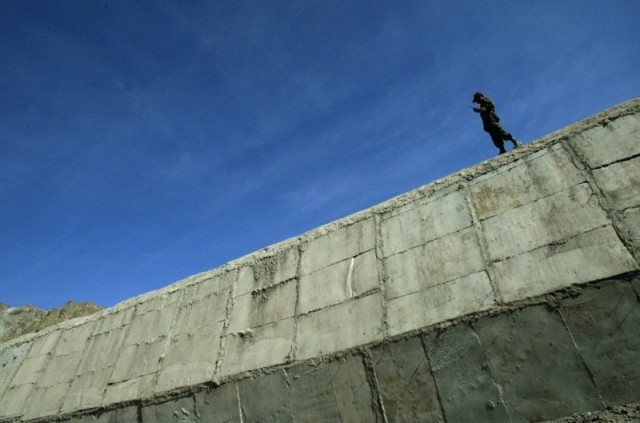 The border between pakistan and iran is also known as the Pakistan-iran barrier. It is shortest length border as compare to others. Pakistan Iran border has its own importance with respect to trade between two countries. It is less than 1000 KM in length. Three feet thick and 10 feet high wall between two countries. Soon, bordering fence will be replace by concrete wall. Peoples of balochistan opposes its construction. Lands of those people are not safe with the existence of this wall. Land is the only asset of those people living miserable life over there. The length of wall will be 700 km when it complete.

Government stance is to control illegal border crossings which recently happened in the form of Indian Spy entered to pakistan. It is just one example of illegal influx of people from Iran to Pakistan. Hope the people of balochistan will find positives in building border wall. Other borders Length And Name Information Found Here.