He died in Lahore on 21 April 1938 and buried near badshahi mosque in the same city. Sir Muhammad Iqbal considered as important figure of urdu speaking nation at that time. Urdu literature maintained in his books as well. His poetry in Persian language is equally famous as urdu is. 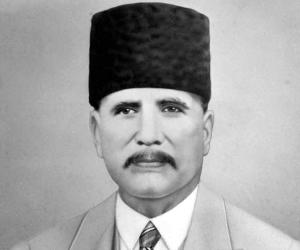 Narrative work by him is still guiding the contemporary scholars and philosophers. The appreciation of Khudi is one of the biggest achievement. He also known as Muffakir-e-Pakistan and Hakeem-ul-Ummat. These two other names are due to his position in poetry and intellectual approach. He mostly get the study in national and international institutes on scholarship. He died in Lahore and 21 April 1938 is the Allama Iqbal Date Of Death.