1857 Called the First War of Independence 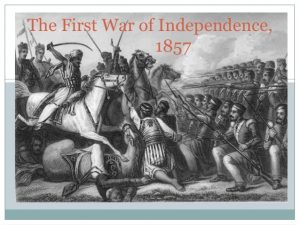 War of Independence 1857 called the first war of independence and Revolt of 1857. It took place on 10th May 1857. This happened at the time when the Indian soldiers at the Meerut cantonment in modern UP revolted against the British. Some of its well-known names in Indian History are Sepoy Mutiny, as well as the Indian Mutiny, the Great Rebellion, and also the Revolt of 1857, the Indian Insurrection, and India’s First War of Independence. This event has its important landmark in the history pages of the subcontinent. This war fought in the year 1857 by the side of Indian as in opposition to the British in getting rid of the domination.

You can even give this event by the names of Indian Rebellion, Indian Mutiny or even the Indian Revolt. There was a massive discontent nature that happened to take place in the different section of Indian society. It was the north side that burst into anger and brings forth the popular revolt of 1857. This war of independence brought about so many drastic changes in the History of India.