What Is Sindh Taas Agreement


Question: What Is Sindh Taas Agreement?

The literature about Sindh Taas agreement shows the exact way to make you realize about the Indus treaty. It is Sindh Taas Agreement that is brokered by the world bank to use the water that is available in the Indus system of rivers mutually located in India. It was signed in 1960 after detailed negotiations timeline between India and Pakistan. It was come into establishment under the supervision of World Bank.

What Is Sindh Taas Agreement 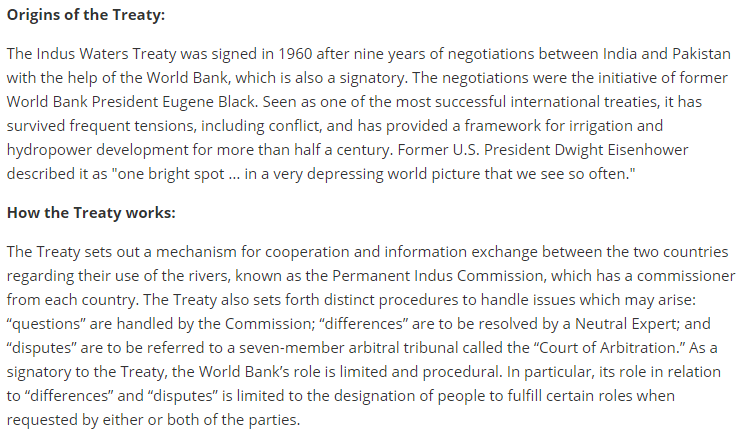 What Are The Main Points Of Indus Water Treaty

The initiative was monitored by former World Bank president Eugene black under the defined rules and regulations. May 21 and May 22 were dates when the delegation from the government of Pakistan that has discussed clauses of Indus waters treaty. It is being explained through opportunities under the amicable resolution. Now you have the idea of What is Sindh Taas Agreement.