Home / Geography Of Pakistan / Youngest Mountain Range in the World?

Youngest Mountain Range in the World?

The Himalayas is the Youngest Mountain Range in the World 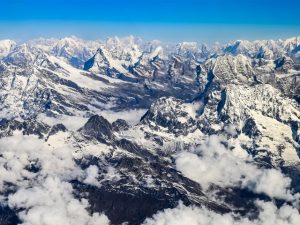 The Himalayas is named to be one of the tallest and youngest mountain ranges that are 70 million years old. However, the Himalayas known as the youngest mountain range in the world. It is situated in the northern border of India. It spread across six Asian countries mentioned with the India, Pakistan, Bhutan, Afghanistan, China, and Nepal. The Himalayas is also the part of some of the highest peaks in the world. Therefore, this to include the names of Mount Everest, s well as Karakoram and Kanchenjunga. The Himalayas is also one of the major sources of the prominent rivers in Asia mentioning with the Ganges, Indus, Brahmaputra, and Yarlung. In Hindu religion, the Himalaya named as Giri-raj meaning “King of the Mountains”.

Which Country Is Called Land Of Mountains

The Himalayas is also serving as the main natural habitat to a wide range of the exotic species of animals such as snow leopard, wild goat, and also Tibetan sheep, musk deer, and mountain goats. Do you tha name of smallest dam of Pakistan?

Hence, the beauty of this mountain range is worth mentioning.