20 KM away down south from the Skardu. The kachura village in Skardu is the Katzarah Dam Location. It is one of the beautiful regions of Skardu. There are many critics against the Katzarah Dam location where one comes from the WAPDA under the leadership of general Ghulam safdar butt. It was not feasible dam according to the initial study by WAPDA which may be dangerous for Balti civilization in that area. 35 million acre feet storage of Dam make it biggest dam in Pakistan, and it would give 15000 Mega Watt electricity.

It is the natural dam sight where 3 rivers meet named as shyok river , Shigar river  and Indus River. Indus river flows from north of Pakistan till it reaches to sea on the second corner of Pakistan. The natural channel of Pakistan was never considered in the past. 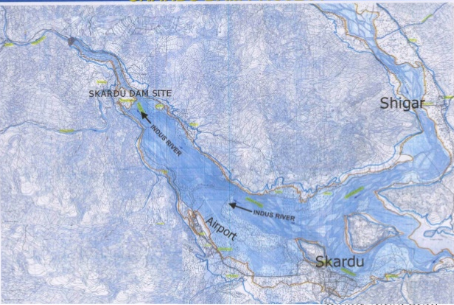 According to the Indus water treaty, Pakistan has to make the dams to eradicate so called authority of india on water. katzarah dam location is one the finest location just like the 3 gorges dam china. Still, think tanks in Pakistan are not considering as the positive sign to get rid of energy crisis in no time. It is narrowest and multipurpose dam sight in Pakistan which needs the attention of political figures and government.

After big dam names come in mind and news like Basha Dam, Kalabagh dam another dam in Pakistan is the complete solution of future energy crisis. Engineer Fateh Muhammad played his role in highlighting the Katzarah Dam Location.