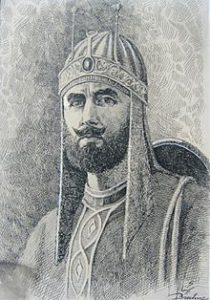 Qila-i-Kuhna Mosque is also known as the Mosque of the Old Fort. This mosque has been located inside the premises of Purana Qila in the place of Delhi, the capital of India. Just as after Sher Shah Suri defeated Humayun, he, later on, occupied Purana Qila. At that place be build upon the mosque for his private use, that turned out to be the main symbol of his royal aspiration. This mosque locate inside the Purana Qil’a of Delhi that was built by Sher Shah Sur during the course of his dynasty rule. This is a large single-aisled mosque that is beautifully adorned. It richly decorated with the impressive calligraphy, as well as colored stones, and elaborate carvings on top of both of the exterior and interior surfaces.

Hence, the mosque was an example of great admiration by the Mughals, whose detailing it a perfect ornamentation and construction. Do you who build Lal Qila in Delhi?