Home / Forces / How Many Agencies in FATA Pakistan?

How Many Agencies in FATA Pakistan?


Question: How Many Agencies in FATA Pakistan?

There are 7 Agencies in FATA Pakistan

FATA is the abbreviation of The Federally Administered Tribal Areas. It basically define as the semi-autonomous tribal region in northwestern Pakistan. For the sake of the administrative purposes, there are seven agencies in FATA . Pakistan. These agencies are named as Khyber, Kurram, Orakzai, Mohmand, Bajaur, North Waziristan and South Waziristan. Moreover, there are also six additional small pockets of tribal areas that known as Frontier Regions (FR). So, the Federally Administered Tribal Areas (FATA) put in the location as along with the Pakistan’s north-western Himalaya zone and south-western Sulaiman Mountains. However, they are running in the narrow entact as along the river Indus with the parallel lines almost north to south.

It is based on seven semi-autonomous agencies or administrative units. The names of the units are Khyber, Mohmand, Bajaur, Kurram, Orakzai, North Waziristan and South Waziristan. Therefore, the Frontier Regions of FATA are Peshawar, Kohat, Bannu, Lakki Marwat, Tank and Dera Ismail Khan.  It spread over the area of 27224 sq kilometers. Hence, it has inhabited by around 3.17 million people that are from Pukhtoon or Pushtun tribes. Do yo know what is FATA Reforms Bills?

Who Is The Current Chief of Naval Staff in Pakistan? 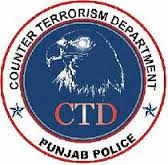 CTD Stands For In Police Pakistan