Home / Who is Who / Who Imposed First Martial Law In Pakistan


Here we are discussing the historical flashback about your query who imposed first martial law in Pakistan. Nothing can derail a country from progress than martial law. During martial law regime, a country comes directly under the control of army frequently preceded by a curfew. Martial law rules on its own. Its presence abrogates the existing constitution. Imposition of martial laws are normally justified by a number of pretexts: It may be imposed under the pretext of maladministration, under the excuse of corruption, or may be any other reason concerning the country safe. In Pakistan first martial law was imposed in 1958 by President Iskander Mirza. He was a former chief of the army before he took the charge of Pakistan president office. He belonged to East Pakistan. He ordered the military to mobilize in 1958 when he found Feroz Khan noon the then prime minister directly conflicting with his political gains. After martial law, Iskander Mirza made Ayub Khan the chief martial law administrator. 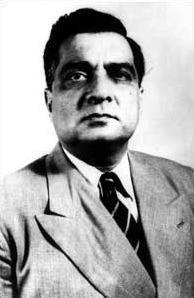 The first decade after the creation of Pakistan witnessed a very pressing situation. There was almost a complete political turmoil in the country. Every successive government just used country’s administration for its own gain. In 1956 after the promulgation of first constitution assembly unanimously elected Sikander Mirza as the president of Pakistan. He imposed martial on the country because of two reasons: Muslim League was established by I.I Chandrigarh and it was a bigger threat for Iskander Mirza to be reelected as president for the second term; confusion of Firoz Khan Noon government on the bill of the electoral issue. He toppled Firoz Khan Noon government with a view to secure his position.

Martial laws typically are preceded by a curfew. At the time of martial law commonly existing constitution get abrogated and the new one is formed or promised to be formed. Same happened after the imposition of first martial law in the country. On 8 October 1958, Iskander Mirza announced on the radio that he was introducing a new constitution more suited to the genius of Pakistan. But none took place. Soon after the imposition of martial law Ayub Khan took the charge of the country and he too made the same promise but all those were sorry excuses just to capture political power.

After martial law new constituency was installed under the leadership of Iskander Mirza but it could not satisfy Ayub Khan who was more in charge of administration than Iskander Mirza. Meanwhile, a clash aroused between Ayub Khan and Iskander Mirza. With a view to gain more assistance on the side of the Army, Iskander Mirza started to penalized Ayub’s rival in the Army, Navy and air force. This thing made Ayub Khan furious and he ordered the Army to Inter into president house got him and exiled. From this onward, Pakistan had to suffer from the martial law after martial.

Pakistan had to put up with thirty years under martial law regime. No doubt during martial law legislation was done, constitutions were formed but they did nothing with public profit. Hence the details about your query regarding Who Imposed First Martial Law In Pakistan has discussed in this article. Hope you have obtained a complete detailed answer. But in case of any more FAQs and queries you can send your comments in the following comments section.