Home / Who is Who / Who Was The First Civilian Chief Martial Law Administrator In Pakistan?

Who Was The First Civilian Chief Martial Law Administrator In Pakistan?

Ruling tenure of Ayub Khan’s was not disturbed by anyone to the extent Bhutto did Who Was The First Civilian Chief Martial Law Administrator In Pakistan?. Bhutto has been retained in the cabinet of Ayub Khan and was not satisfied with his governance. Inspiring from socialist movement at that time which was incorporating around the world speedily, he formed a political party on 30 Nov 1967. Major manifesto of his party was to deliver economic justice to the people of Pakistan. In this vein, he once uttered, “ Islam is our faith, democracy is our policy, socialism is our economy and all power to the people’. Being a strong adherent of the social democracy, he was praised and favored by millions of people of Pakistan. On his arrival at Lahore railway station, he was rounded by millions of people where he condemned Ayub Khan policies and way of governing. Seeing him all favorite, The then president of Pakistan  Yahaya Khan swiftly transferred power to him. This act of Yahya Khan made Zulifqar Ali Bhutto civil law administrator.

Who Was The First Civilian Chief Martial Law Administrator In Pakistan? 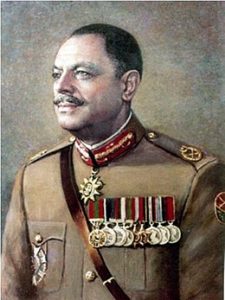 Question: Who Was The First Civilian Chief Martial Law Administrator In Pakistan?

Ayub Khan could not bear the public pressure which was demanding his resignation. He transferred power to the General Yahya Khan who promised to conduct an election on 7 Dec 1970 in the country. The result of the election was astonishing,  Pakistan Peoples Party (PPP) cleaned sweep all other parties in west Pakistan whereas Mujibur Rahman’s party got a majority in East Pakistan. Bhutto did not want to see Mujibur Rehman as prime minister that is why force him to work under the leadership of him. This thing infuriated people of East Pakistan, who started to demand the separate homeland. Bhutto being the influential person of west Pakistan ordered Pakistan army to capture the nationalist leaders of East Pakistan.

On Mujib ur Rahaman Arrest, General Ziaur Rahman, Bangali based, declared East Pakistan as the separate and independent state on 26 March 1971. Formally, on 16 Dec 1971, it was named as Bangladesh. Seeing the jumbled situation of Pakistan, India jumped into the strife, sponsored East Pakistan economically and militarily. Additionally, the Indian army was backed up by the people of Bangladesh that thing forced Pakistan army to surrender before India. Being criticized and Isolated, Yahaya Kahn decided to transfer power to the Zulifqar Ali Bhutto. In this way, he became the first civil chief of Pakistan arms forces.

Separation of Bangladesh was an outspoken failure of Pakistani leaders. They just for of their own gains, put aside the prestige of Nationalism and made room for India to penetrate inside. If they acted wisely  Bangladesh would not have been separated and today’s Pakistan would be as powerful as the superpowers of the world.

Who Is The Current Chairman Of PCB Pakistan Cricket Board 2021?

Who Is The Current Chief Election Commissioner Of Pakistan