Home / Who is Who / Who Is National Hero Of Pakistan

Who Is National Hero Of Pakistan


Question: Who Is National Hero Of Pakistan

He was the man of Principles from the land of Arab. He is also known as Muslim Hero. He was famous as first Pakistani as well. Port Qasim in Pakistan is the second major port named in his honour. The naval ship also uses his name as honour PNS Qasim. Now a day the first common name of male children is Qasim. Yom-e-Babul Islam observed  in Pakistan in his memory. He showed his skills in the age of Just 17th.

Who Is National Hero Of Pakistan 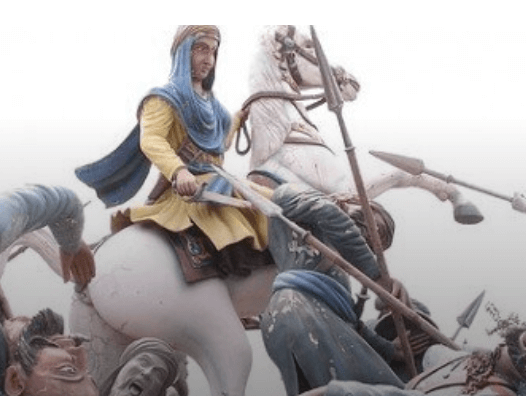 Check Out: Short Note on Muhammad bin Qasim in English

The history told that he conquered Punjab and Sindh now a day on the sides of Indus River. Muslim Women and children kidnapped By the Hindu Raja in South Asia at that time also free due to this person. Surely he is the man of principle with his own standards of war. The control over the land was the biggest thing at that time. It was affected by the chain mechanism. It is necessary for the national hero of Pakistan to prove that how every he can serve the nation.